Warsaw - situated on both sides of the Vistula River – by population and area the largest city in Poland. Its urban area is divided into 18 city districts, among which Śródmieście (downtown) is the city center and is home to the UNESCO World Heritage Site of the rebuilt Warsaw Old Town.

It is also worth mentioning that almost ¼ of the Polish capital is made up of green areas - parks, green spaces and gardens, making Warsaw one of the privileged European metropolises. Warsaw is also one of the few capitals in the world that can boast that forests grow within its city limits! 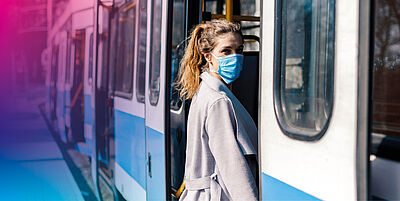 The advantages of APC in view of Covid-19

A day at the Warsaw Transport Authority ZTM